You are here: Home / Paintings / Revolution

Philippe Pastor devotes himself to a true reinvention of the pictorial surface with the ‘Revolution’ series. The artist has created a draped effect out of canvases, fabrics, or tent canvas usually used by the army, in order to escape the ‘frame-canvas’ relationship, which he considers too restrictive. In geology, the term ‘revolution’ refers to natural phenomena and successive changes that mark the Earth’s surface. Hence, once again, what matters here is the process put into play and the stratified layers of material. The works are first kept on site for several months, where they begin a dialogue with a large number of natural pigments as well as with the surrounding elements: rocks, plants, soil, water and fire. Then the artist reappropriates this material through a series of determined gestures – folding, assembly, projections –, that are supposed to mimic the organic process. This unusual confrontation creates raised canvases that are marked all over, thus giving substance to ethereal forms: water running, wanderings, and the relief of mountains. This practice, which can be compared to collage, primarily highlights the notion of strata, burying, and, ultimately, memory. 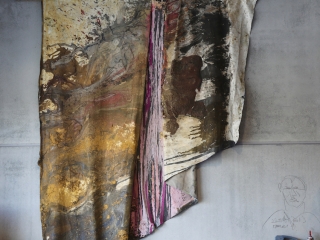 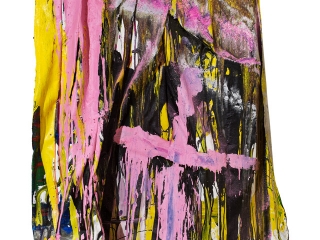 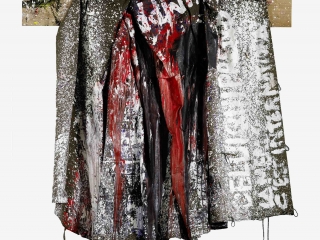 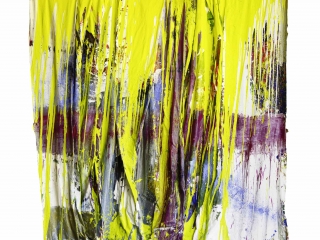 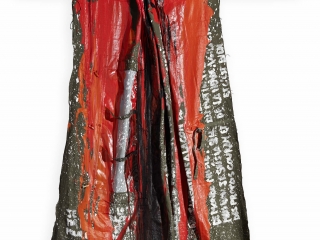 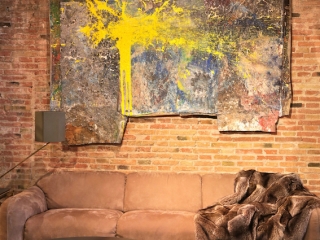