There is a more complex formula than one might imagine behind this simple molecular translation. While the artist has made natural elements, fire, earth and water the subject of and a vehicle for many of his works, here it is the interaction between nature and artifice that interests him rather than the archaic symbolism of elementary forms. By using acid colours, these dream-like visions adopt the rapid movement, power and unpredictable nature the aquatic element can assume, both attentive to the transformation of the natural landscape, and man’s attempt to seek a balance, often in suspense, between defending and breaking away from what is natural. The works hypnotise, seduce, despite the awareness that this spectacle may be a sombre warning of the irreversible damage that man can inflict on the environment. 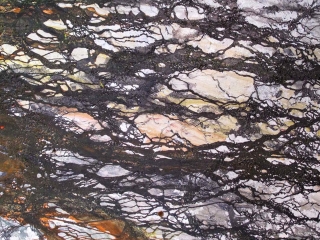 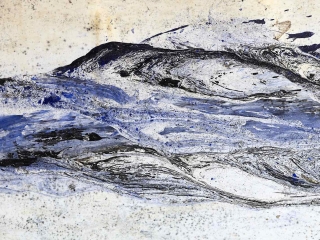 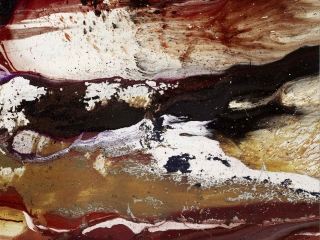 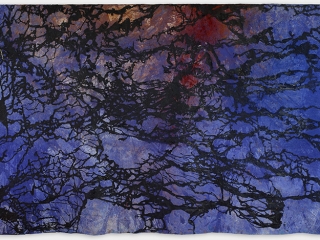 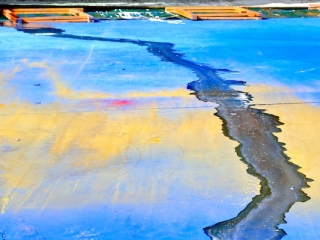