Inspired by the title of a song by Léo Ferré — a guardian-like figure, who considerably marked Philippe Pastor’s sensitivity —, the purpose of this sequence is to further illustrate the pollution of the seabed. We can immediately make out the white outlines, with prominent beaks and outspread wings. These stylised figures, much like a return to primitive forms, could be a reference to the Ancient Greek belief in birds of ill omen. The landscape is portrayed as heavy, dark and marked with the weight of recent history. The pollution of the oceans – which is only one of the consequences of human activity – has already had a disastrous effect and these endangered birds are the most eloquent illustration of this. 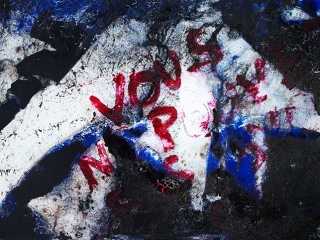 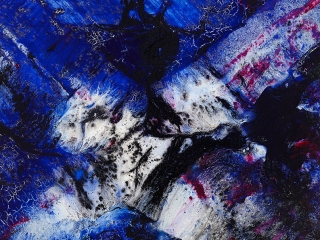 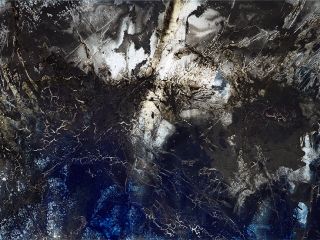 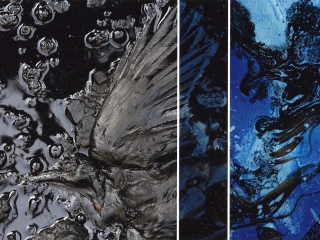 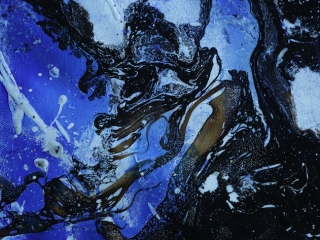 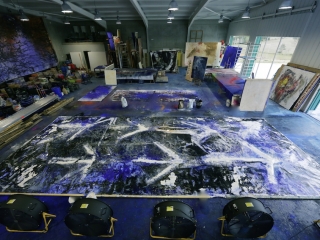